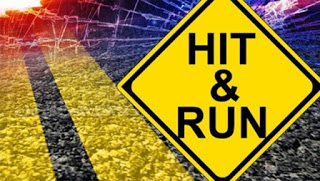 You’ve heard of an “Amber Alert” when a child goes missing and a “Silver Alert” when senior citizens, especially with dementia, disapear. Well, you may soon be hearing about a “Zack Alert” that would send an alert to police departments and electronic highway message signs following fatal or serious hit-and-run collissions.

The measure, proposed in New Jersey, was inspired by the hit-and-run death of 21-year-old Zachary Simmons last June. Simmons was struck by a SUV as he ran across a street. The vehicle kept going. The incident drew national attention when the victim was identified as the cousin of Ben Simmons, the number one pick in the 2016 NBA draft earlier that month.
So far the measure has cleared the Assembly Law and Public Safety Committee and is headed to the Appropriations Committee.