You Get Paid to Work, But You Pay to Get to Work 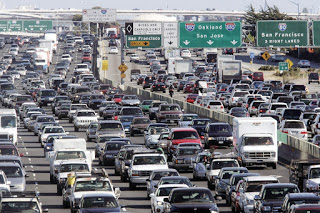 How much do you think you spend to get to work each day? According to Citi’s ThankYou Premier Commuter Index released Wednesday, workers spend an average of 200 hours annually at a cost of nearly $2,600 on their daily commute.

That breaks down to about $10 a day being spent on getting to and from work. Of course, people in Los Angeles have the highest daily roundtrip costs at $16, with New Yorkers coming in second at $14. Commuters in Chicago and San Francisco pay $11 a day, according to the survey. Obviously what we pay in Spokane would be less than that because we have much less congestion, but it still adds up.

The average commute in the U.S is 45 minutes, with New Yorkers having the longest trek to work with an average 73-minute commute.Chicagoans came in second spending 64 minutes a day commuting, followed by San Francisco residents with 56 minutes, while those in Los Angeles have an average 55 minute commute.  In Spokane, it’s closer to 20 minutes.

Gas is the biggest budget eater for commuters with 77% of respondents using their car to shuttle between home and work. The bus was the second most popular mode of transportation at 21%, and 9% of commuters use a subway system.

This survey is based on responses from 3,500 consumers across the U.S.