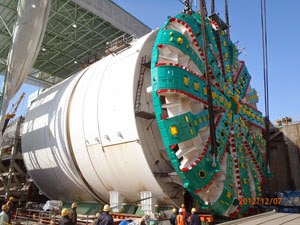 Not only has the giant drilling machine boring a tunnel under Seattle suffered some injuries, but so
have many workers on the project. Workers compensation claims on the project total almost a million dollars!

At least 117 workers have been injured working on the Alaskan Way Viaduct project from 2012 to mid-2014.  Ouch. Literally. The injuries run the gamut from chemical burns to crushed hands. But why so many hurt workers? Bertha herself (the drill used on the project) caused one of the injuries, but one group is blaming the contractor.

Roads & Bridges has more on why some say the company doesn’t have a “culture of safety.”