Woman Sentenced to No Cell Phone for Distracted Driving Collision 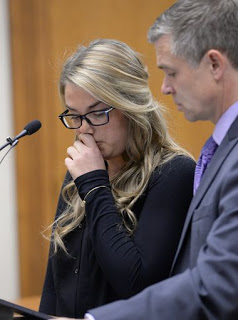 A Michigan woman who struck and killed a bicyclist last fall while using a cell phone received an unusual sentence from a judge yesterday.

The Lansing State Journal says Mitzi Nelson will serve two years probation and at least 90 days in jail. She is also required to speak to 20 driver’s education classes about the dangers of distracted driving, perform 150 hours of community service and forgo owning or using a cell phone or other portable communications device during her time on probation.

Judge Stewart McDonald acknowledged that his sentence could be challenged over his authority to bar someone from using a cell phone but hopes the sentence will deter others from using one behind the wheel.

Police said Nelson was distracted by her cell phone when her car hit Jill Byelich, who was wearing a reflective vest and helmet and was riding on the right edge of the road.

It was Jordan Byelich, Jill’s husband, who suggested the judge bar Nelson from owning and using a cell phone. But he told Nelson in court that he understands she is remorseful. He also hugged her before she was led away to jail.