Why Portland Has Once Again Made Us Feel Inferior 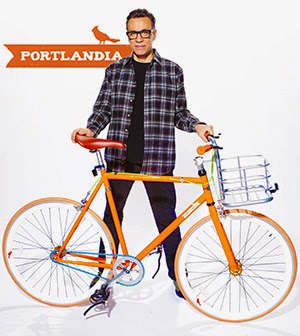 In the transportation world, we have a love/hate relationship with Portland. If it was a sibling, your mom would have said, “Why can’t you be more like Portland?” And when talking about non-motorized issues, we always hear, “It’s a start, but we’ll never be Portland.” Heck, even the people who live in Portland seem to feel some angst and a need to mock themselves and their city, as evidenced by the show Portlandia.

On our end though, it really is rooted in jealousy. Portland has bike lanes, bike trails, bike lockers, bike sharing programs, bike-this and bike that! It also had zero bike deaths last year.

So why has Portland been able to achieve so much in the way of non-motorized facilities and mind-set while other cities are struggling to establish basic bike networks?