Where Did the Pedestrians Go? 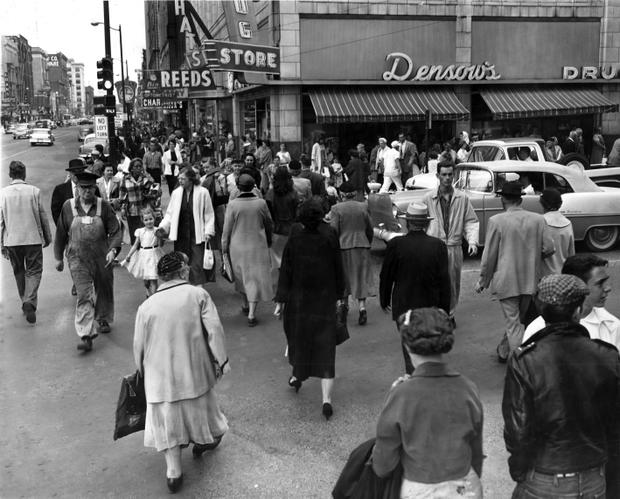 So what catches your attention about the pictures below? These pics, published in the Spokesman-Review today, show the same location in downtown Spokane, fifty years apart. For me, the huge number of pedestrians is what grabbed my attention in the earlier photo. Where did all these people go? We have more people in the region now than we did in 1963 so are they just not walking like they used to? Is it because businesses are so spread out these days instead of concentrated in the downtown area? Or is it just that particular block of downtown because the businesses that were there were torn down and a parking lot put in? Whatever the cause, it’s a stark contrast.

Dec. 13, 1963: Shoppers crowd Howard Street and Riverside Avenue, where Densow’s Drug Store had announced it was closing after 55 years.

Present day: The southeast corner of Howard and Riverside has been a parking lot since the Rookery Block was torn down in 2005.