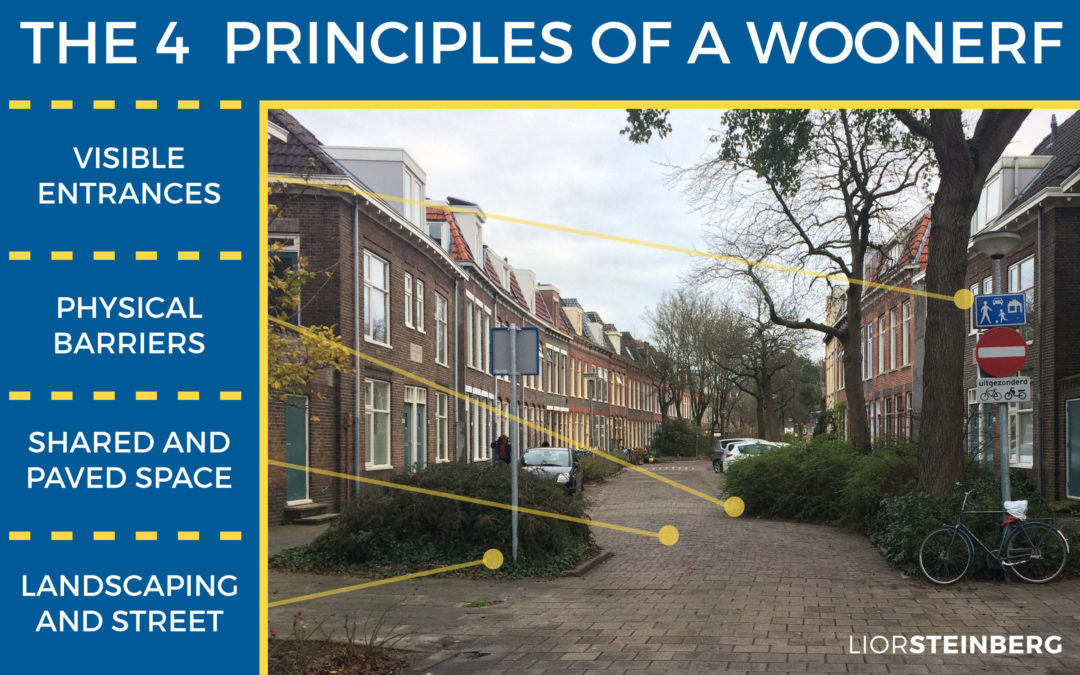 Ever heard of a “woonerf”? Neither had I, until just now. In Dutch, woonerf translates to “living yard,” according to this article published on LinkedIn. Apparently in the Netherlands a woonerf is a  residential streets in which pedestrians share the street with vehicles, with the latter following the pedestrians’ pace. Dutch traffic regulations allow pedestrians to use the entire width of a woonerf, while cars are limited to 15 km/h within the street. The four principles of a woonerf are:

Visible Entrances are distinctly marked by a sign showing that people are given the priority.

Shared and paved space are intended for all street users.

Landscaping and street furniture are incorporated into the space.

A woonerf is stripped of many of the conventional street design elements. It minimizes the use of traffic signs and separation between the road and the sidewalk. It does have it’s detractors though, such as those who feel the cost to engineer, design and maintain a woonerf is too high. Maintenance costs more than a conventional street due to the landscaping and street furniture. Service vehicles and drivers also report difficulties parking and finding their way around a woonerf. In addition, since some traffic is moved to adjusted streets, critics claim that the implementation of a woonerf might have negative effect on its surrounding.