Vancouver, B.C. Really Knows How To Get People Out of Their Cars 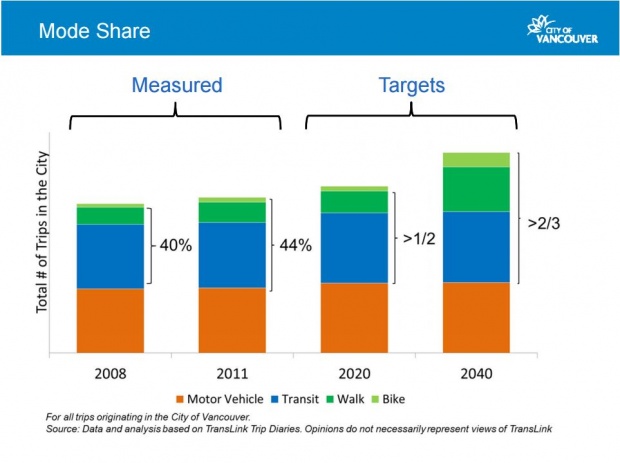 In most North American cities, about 80% of people drive to get wherever they’re going, whether it’s to work, school, the doctor, shopping, etc. The other 20% ride the bus, walk, bicycle, ride skateboards or get to work some other way other than driving.

These numbers are attributed to the city’s efforts to improve walking, cycling and public transit, plus policies that create compact, multimodal neighborhoods. Most of the people who aren’t driving anymore are bicycling, which doubled from approximately 50,000 daily trips in 2008 up to 100,000 in 2014, in response to an investment in quality cycling facilities.

Besides less crowded streets, low automobile travel rates have other benefits; the Vancouver region has 3.9 traffic deaths per 100,000 residents, one of the lowest among North American cities. Despite the growth in bicycle travel, crashes involving bicycles have not increased.

For more facts and figures on this impressive mode shift, check out the link above.