U.S. Transportation Secretary Taking on Highways That Go Through Neighborhoods 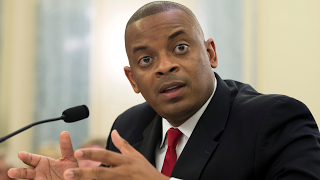 Anthony Foxx, U.S. Department of Transportation Secretary, wants to make some changes when it comes to highways.

The Spokesman-Review’s Getting There blog says he announced yesterday an effort to move away from major highway building and says he is supported by Washington Gov. Jay Inslee in this.

Currently, Foxx’s plan is just an initiative and has no power or enforcement. But considering his position, he’s well-connected to influence elected officials at the state and local levels. And with Inslee interested, it could have a definite impact on transportation projects here in our state.

Foxx claims this plan goes back to his childhood. He grew up in Charlotte in the shadow of two freeways. When his grandparents bought the home in 1961, the area was a traditional neighborhood; an interconnected network of streets and homes. When the two freeways came through, the house and  neighboring ones were cut off from the rest of the city. There was one road in and out and the neighborhood slowly became a place where no one wanted to live or open a business.

Foxx says he wants to prevent this kind of thing from happening in the future.