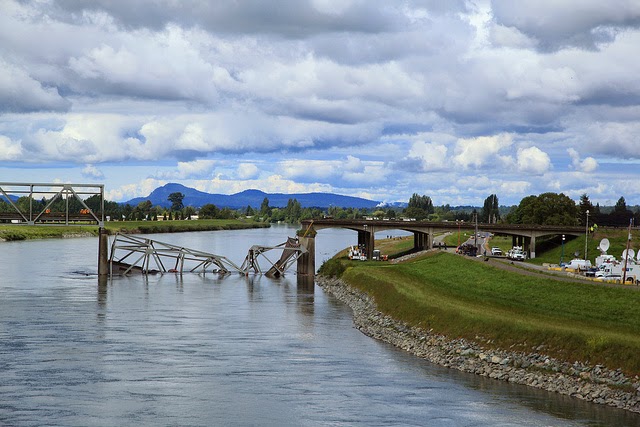 I can’t believe it’s already been a year, but the end of May marked the one year anniversary of the Skagit River Bridge collapse. While a bridge collapse is never a good thing, it brought some reality to our community that we at SRTC had been trying to pass on to the community; that our infrastructure is aging and there is very limited money to fund rehabilitating it so we have to make some tough choices.

We have several bridges in the Spokane area that need rehabbed or work done to allow them to carry more traffic. Now the question is- how to pay for them.

A temporary fix was made to the Skagit bridge in less than a month, followed by a permanent replacement in 66 days using a creative design-build method that minimized traffic impacts. It’s these kind of innovations that we’re going to have to look at in the future to get things done.

Here’s a recap of the bridge collapse and what happened after, as remembered by Washington State Transportation Secretary Lynn Peterson.