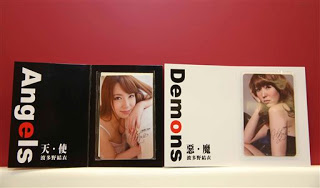 Critics- parents, politicians and women’s advocacy groups- campaigned against the cards, saying the images disrespect women and send inappropriate messages to children. Many stores declined to sell the cards and the company ended up selling them by telephone hotline.

To appease the public, the company that made the cards said money from the cards will go to charity.