Subway Lines That Know Your Income 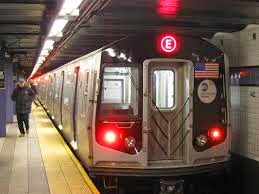 Who would have thought that the bus or subway line you ride could say something about your personal situation, such as your median household income? Well it can. Scientists and data junkies have started using the subway systems of New York, London and other large cities to map and visualize urban data such as median household income.

Using census data, MIT’s You Are Here project is creating visualizations of median household incomes by subway station. It graphs both the average median household income for each stop and the overall average for the line. So to give you an example, Washington D.C.’s Orange Line has the highest income overall, with an average median household income of $97,236. The Silver Line is next with $92,2015. Looking at the graphs, you can discern a sharp discrepancy in income between Washington’s eastern and western halves. These “wealthier” lines all run into the richer Western suburbs, bringing up the average for the whole line. To the east, the subway route goes through poorer neighborhoods with median incomes in the $30 thousands.

You can find out more here from this Washington Post article and links to more data.