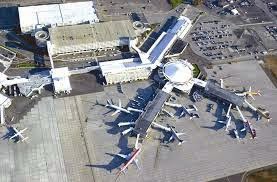 A new study says the Spokane International Airport, along with the Airport Business Park and Felts Field, generates $791 million in direct economic impact a year, according to a Spokesman-Review article.

The research, undertaken by Eastern Washington University’s Institute for Public Policy & Economic Analysis and economics faculty, looked at airport-based jobs, visitors and businesses that feed into the economy of Spokane and Kootenai counties, based on 2013 data.

The business park added another $113 million and Felts Field contributed $57.5 million directly to the local economy. That number is up $100 million from a previous study using 2008 data.