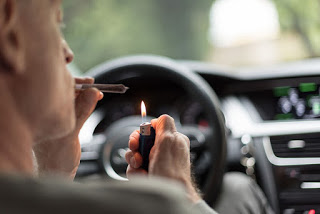 A new study says that states with medical marijuana laws have fewer traffic fatalities than those without, according to the Commerce Journal. The study didn’t reference states where recreational marijuana is legal, like in Washington.

Going into the study, researchers thought crash rates might be higher, as more drivers were assumed to be high. But researchers at Columbia University’s Mailman School of Public Health found an 11 percent reduction in traffic fatalities on average in the 23 states and District of Columbia that have enacted medical marijuana laws.

The presence of medical marijuana dispensaries also correlated with fewer traffic fatalities, the study found. The theory is that lower traffic fatality rates might be related to lower levels of alcohol-impaired driving as people, especially younger people, have started substituting smoking pot for booze.