State Ordered to Fix Hundreds of Culverts Under Bridges 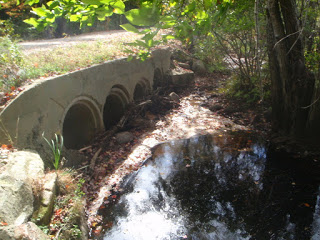 Washington state is being ordered by a judge to fix hundreds of fish culverts built under state roads and highways that actually block access for migrating salmon and interfere with Washington tribes’ treaty-backed right to catch fish.

But the Spokesman-Review reports that it’s not clear how the state will come up with the about $2.4 billion it will take to fix more than 825 culverts. An average of 30 to 40 culverts a year would have to be fixed by 2030, spending $310 million every biennium, to comply with the 2013 court injunction.

The Legislature last week approved $300 million in the new transportation revenue bill for fish passage, but that’s still far short of what is needed.

The Washington State Department of Transportation, the agency responsible for correcting the largest number of culverts under the court order, plans 13 fish passage projects across the state this year. It also completed 13 projects in the last two years.

Culverts can be a problem for fish in several ways. Stream flows running through a small pipe can be too fast, making it harder for fish to swim upstream to spawn or downstream to reach the ocean. Perched culverts also can be too elevated for fish to jump through.

When culverts are removed or fixed, the benefits are immediate because it opens up miles of critical habitat upstream to fish.