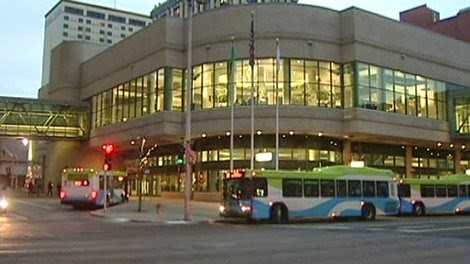 Spokane Transit Authority’s board of directors last night unanimously approved a $4.7 million remodel of the downtown STA Plaza. Some of the major changes that will take place include removing the waterfall between the escalators, relocating the two bronze cougar statues featured on the waterfall and addign four new retail spaces on the first floor.

The redesign is intended to make the Plaza more functional and bring people into it who may not be riding the bus but frequenting businesses inside the Plaza.

The Spokesman-Review has details on when construction will start, how it will be funded and what that means for people who use the Plaza.