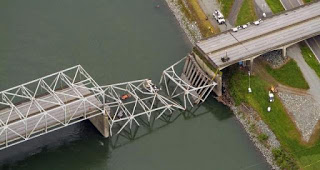 The numbers are in and the Skagit Bridge collapse had a huge impact on the number of Canadian shoppers venturing into Skagit and Snohomish county stores.

The Marysville Costco had an 80 percent decrease in the proportion of Canadian license plates observed in its parking lot in June compared to a survey done in March, according to a study from Western Washington University.

The study used students to observe and write down the number of Canadian and U.S. vehicle license plates at more than 25 spots along the I-5 corridor and in Lynden.

The Bellingham Herald has a look at the results.?