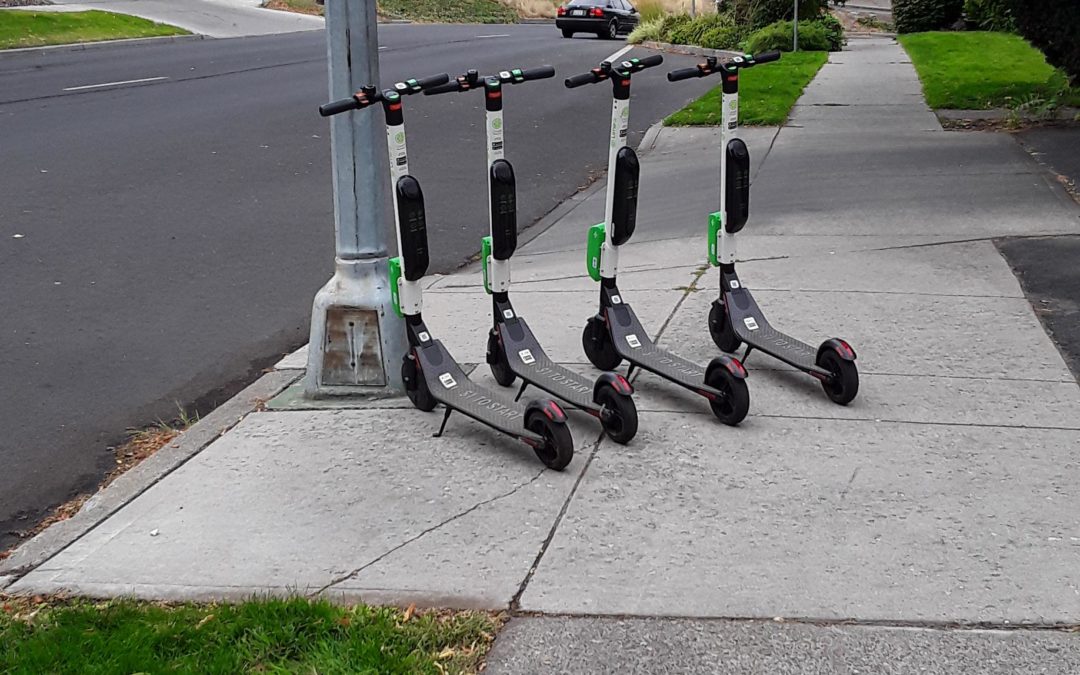 If you’ve spent any time in downtown Spokane recently, you have probably seen many people zipping by on those green Lime scooters. In my personal observation, more people are using the bikeshare program scooters than the actual bikes and they seem very popular.

But that’s not the case in Seattle. A Seattle Times article says, while the city has embraced bike sharing in general, it has banned dockless scooter-sharing companies.

Both Lime and Bird, the two leading scooter companies, say they’re operating in more than 100 cities now. There are scooter shares not just in San Francisco, Los Angeles and Austin, Texas, but in Portland, Tacoma and Spokane.

Scooter companies and supporters argue they can offer a space-efficient, environmentally friendly, car-reducing way to get around the city. But city officials don’t agree. The Seattle Department of Transportation announced last spring that scooter-share companies aren’t permitted to do business there until the city sets up a permit program, which won’t happen until it sets up a permanent bike-share program. While Seattle’s bike-share program was finalized over the summer, nothing has changed yet on the scooter front.

One reason commonly cited for scooter popularity: It’s a lot easier in a suit or skirt to ride a stand-up scooter than a bicycle.