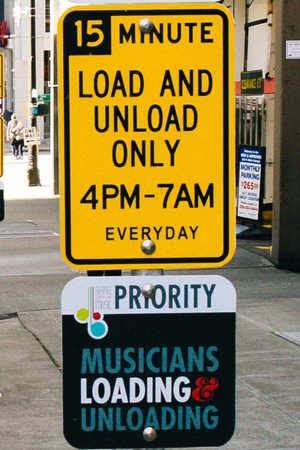 Here in Spokane we have taxi parking zones. In Seattle they have parking zones for musicians. Yes, people who make music,
The City of Seattle has launched a new pilot program to create priority parking for musicians in front of live music venues.

Apparently musicians were complaining that it was hard to get instruments out of the car and into the venue. And considering that Seattle’s music scene is a large part of the city’s draw- according to the Mayor- the powers that be decided to do something about it.

Mynorthwest.com has the story.