Rutter Parkway Rocks to be Removed 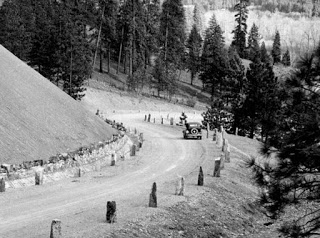 In place for almost 80 years, the “dragon’s teeth” rocks that line Rutter Parkway near the Little Spokane River will be removed this year.

According to the Spokesman-Review, members of the Civilian Conservation Corps spent the majority of 1937 embedding the jagged pieces of granite along Rutter as a safety feature.

They’re not considered so safe now though. During a repaving project earlier this summer, Spokane County engineers determined the rocks impede grading projects and snowplows.

The rocks won’t just be thrown away though. The city, county and state are all after the 400 rocks to be used on other projects. Spokane County representatives suggest using them to line the parking area of a trailhead along the north side of the river, where hikers park to visit the Indian Painted Rocks.