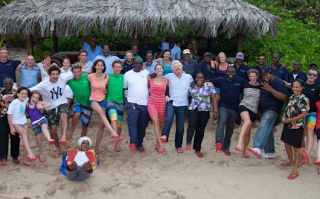 I’ve heard Virgin Airlines founder and millionaire extrordinaire Richard Branson talk about a lot of issues (let’s face it, the man’s not shy about expressing his opinion) but here’s a new one; Branson is talking on his blog about community design and roads.

He advocates for designing cities in circles around something resembling the traditional village green. Okay, that’s cool. But then he suggests closing off the majority of residential streets to traffic; only allowing the people who actually live on them to park there. And he goes on to suggest covering many residential streets with grass to create greenspace. Hmmm… okay, but where will the people that live on those streets park?

Here’s the rest of Branson’s thoughts on community from his blog.