Renovations Start in April on the STA Plaza 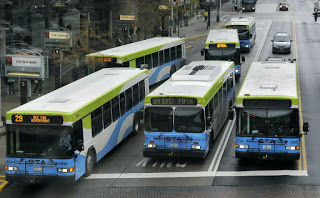 Remodeling of the Spokane Transit Authority Plaza is finally ready to get underway. In the plans since 2008, the Plaza’s $3.5 million face lift has been delayed for multiple reasons.

According to the Spokesman-Review, the yearlong construction project starts in April and will consolidate transit services on the first floor and renovate the second floor for other uses.

Here is what the remodel includes:

Major work will be performed at night so as to not disrupt Plaza operations. The Plaza will close to riders at 8 p.m. Bus loading zones will not be changed.