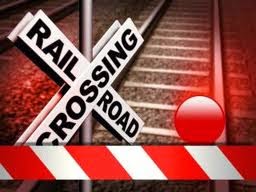 Railroads are launching a campaign to increase awareness of danger at train tracks. The number of the Idaho Press-Tribune.
trespassing deaths grew 11 percent last year, to 476. And the number of deaths in accidents increased nearly 8 percent, to 250 according to

Railroad officials aren’t sure why the increase, but Operation Lifesaver CEO Joyce Rose says it might be a side effect of distracted driving caused by smartphones and other electronic devices.