Pilot Program To Provide Rides to Urgent Care, Rather Than Ambulances to the ER 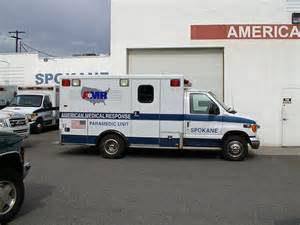 So what is THE most expensive way to obtain healthcare? Take an ambulance to the emergency
room, according to a Rockwood official who was in our office last week. And yet, he says it happens all the time for people who aren’t in emergency situations but just don’t have any other way to access healthcare. We’ve had this discussion in our office several times recently- there has to be better transportation services to get people to the services they need rather than over-using emergency services.

That trend may end if a local experiment works out. According to the Spokesman-Review, Spokane Neighborhood Action Programs (SNAP) is coordinating a pilot program where patients who call 911 with minor medical issues are given a ride to an urgent care center rather than the hospital.

The majority of 911 calls received by the Spokane Fire Department are medical; over half for “low-acuity” conditions such as urinary tract infections and broken fingers that could be handled better at an urgent care facility. So far in 2016, the department has dealt with 3,735 of these calls, for issues including back pain, toothaches and fatigue.

The problem is that many people either don’t realize that urgent care is an option or don’t have a way to get there. Starting in early 2017, patients will have the option to be taken to urgent care in a vehicle paid for by SNAP. The “Ride to Care” service, as it’s being called, will be paid for with grant funding and contributions from some insurance companies and other private sources. The pilot program will run six months if enough money can be raised to fund it.

When someone calls 911 in the future, they will be offered the less urgent option of a ride and be allowed to decide if they want to go to the emergency room or urgent care. That frees up an ambulance to respond to more serious calls. The SNAP vehicle can take the patient to a pharmacy before returning them home after the visit. The option will only be available during the hours urgent care centers are open, usually 8 a.m. to 8 p.m.

SNAP estimates the average patient will save $300 to $800 in health care costs by being taken to urgent care, rather than the emergency room. This will also save tax payers money as many of the people who use this program will be low income. Because emergency rooms treat people in order of the severity of their medical issues, patients also will avoid long ER waits.

Because the idea is so new, there’s no medical code to bill insurance for a ride, which was how the nonprofit SNAP became involved. The eventual goal is to bill these rides to insurance, reducing or eliminating the need for nonprofit funding. Several insurance companies have agreed to provide funding, include Amerigroup (one of the insurance providers for Washington’s Medicaid program), Premera Blue Cross and Group Health.

Data from the pilot will be tracked to see if taking people to urgent care reduces overall emergency room visits and costs and to identify long-term funding strategies for a permanent program.