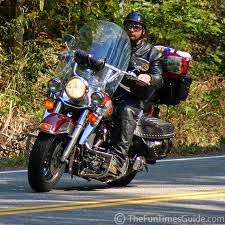 Good news for motorcyclists and an overall victory- motorcycle fatalities on U.S. roadways dropped dramatically in 2013 for the first time since 2009.
A National Highway Traffic Safety Administration survey said 4,668 motorcyclists lost their lives on U.S. roads in 2013, down from 4,986 in 2012. That’s a 6.4 percent decrease.
That compares with a 3.1 percent decrease in all U.S. traffic fatalities.
Where riders died depended on state laws. The Yakima Herald has more on this and the age group where motorcycle deaths decreased the most.