Most Drivers Don’t Use Their On-Board GPS Systems 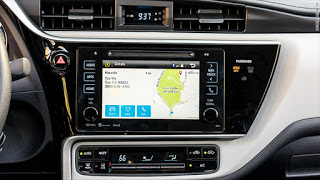 Got a car with a built-in navigation system? But do you actually use it? CNN Money reports that almost two-thirds of new car owners with on-board GPS reported using their smartphone or a portable navigation device to find their way at least some of the time.

The market research firm J.D. Power and Associates surveyed owners of new vehicles after the first 90 days of ownership. While they were relatively satisfied with the technology in their cars, navigation systems were the item they rated worst as far as satisfaction.

Survey results say nearly a third of those with built-in navigation used it for less than two weeks before giving up on it and using their phone or another portable device. And more than half never used them at all.

The biggest cause for dissatisfaction was entering a destination. With many cars, drivers have to go through tedious menus to enter an address or deal with confusing “point of interest” search menus that don’t include a lot of destinations. When users tried voice commands, they said they are often misunderstood.

To make matters worse, most systems lock drivers out from being able to manually enter a destination while the car is moving. That’s understandable for safety reasons, but they won’t even allow a passenger to do the entering.