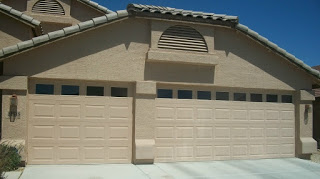 There’s a housing shortage in America, including in Spokane- both rentals and owner-occupied. This has pushed real estate and rental prices higher.

There’s no shortage of homes though for cars.
According to Bloomberg, twenty-four percent of new homes built in 2015 included a garage with room for three or more cars,. That’s the highest share since the Census Bureau started keeping track of large garages in 1992. In every year since the Census has kept track, homebuilders in the U.S. have built more three-car garages than one-bedroom apartments.

Garages appear to be what people want though. According to survey results by John Burns Real Estate Consulting, one in three house hunters said they prefer a three-car garage. That compares to 51 percent, who wanted a two-car garage, and 10 percent of respondents, who said room for one vehicle was enough.

Pete Reeb of John Burns Real Estate Consulting said they are seeing fewer millennials buying cars so parking isn’t as big of an issue for them, but conversely, they are also seeing more multi-generational housing, where the kids are taking care of elderly parents or young people moving back home after college. This means there can be four cars where it might have been two before.

It sounds like many are just using their giant garages for storage though.The share of households that own three or more cars has remained comparatively flat, increasing from 17.3 percent in 1990 to just 19.7 percent in 2013, according to the Bureau of Transportation Statistics.