Miles Driven in First Half of 2016 Breaks Record 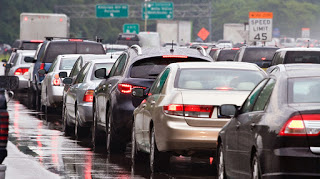 Well so much for that trend of people driving less. Equipment World reports taht vehicle miles
traveled (VMT) in the first six months of 2016 has broken a record- with 1.58 trillion million miles driven, according to the Federal Highway Administration. The previous record of 1.54 trillion miles was set in 2015.

For comparison sake, 1.58 trillion miles is approximately 250 round trips from Earth to Pluto.

The west had a VMT increase of 4.1 percent. The Northeast region had the smallest percentage increase at 2.4 percent. Hawaii was the state with the biggest increase- 8.6 percent and Idaho and Utah tied for second at 5.1 percent.

The only VMT decrease was seen in North Dakota, with a 2.4 percent drop.