Man Given Permission to Wear Horns For Driver’s License Photo 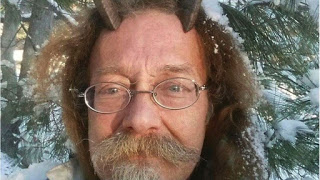 From the “Probably a Poor Precedent to Set” file, comes this article about a man who was granted the

right to wear horns in his driver’s license photo.

According to FoxNews.com, an ordained Pagan priest last week got the go-ahead to sport goat horns in the photo for his Maine driver’s license.

Phelan Moonsong said that unless he’s sleeping or bathing, he always wears his horns, which he says “serve as his spiritual antennae and help him educate others about Paganism.”

He was initially told that the horns would have to be removed for the photo but after the Maine Secretary of State’s office reviewed the case, was allowed to keep them due to his religious beliefs and because they don’t obstruct his face. According to Moonsong, the goats are no different than a nun wearing a habit, or a Sikh wearing a Turban.