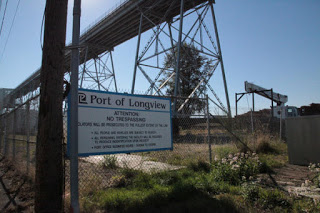 Port of Longview commissioners voted unanimously this week to reject plans to build a refinery and propane terminal at the port. KUOW.org reports that the $1.25 billion facility from Waterside Energy out of Texas would have been the first refinery built on the west coast in 25 years.

The facility would have provided 700 construction jobs and 180 full-time jobs refining 30,000 barrels of oil and 15,000 barrels of biofuel each day. Another aspect of the project was a propane and butane terminal handling 75,000 barrels per day.

The refinery would have added an additional three trains per week carrying crude oil to railroad tracks along the Columbia River.

Many people were interested in the project originally because of the clean fuel component of including biofuel but in the end had financial doubts about Waterside Energy. Port commissioners said the company also missed deadlines and failed to fulfill its obligation to the port of providing certain financial information within 30 days. Port staff said those disclosures were intended to determine whether Waterside Energy had the financial backing to complete the project.