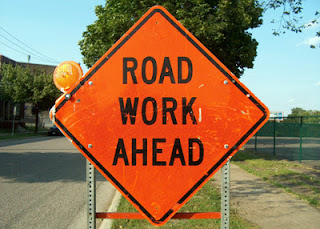 SR 904 Congestion- On Saturday, October 5, expect congestion on Interstate 90 and SR 904 between Spokane and Cheney as fans travel to and from the EWU Eagle football game.

SR 291/Division Street to the Stevens County Line- Grind out top layer of roadway and resurface with Hot Mix Asphalt. Construct ADA sidewalk ramps.
North Spokane Corridor/Francis Avenue Bridge and Intersection Improvements– Expect congestion and long delays near the Francis Ave./Market Street intersection and the Francis Ave./Freya Street intersection, especially during the morning and afternoon commute hours. In addition, westbound drivers on Francis should be alert for flaggers near the BNSF railway crossing.
I-90/Latah Creek Bridge & Downtown Spokane Viaduct- Through 3 p.m. today, Thursday, October 3, drivers on eastbound and/or westbound I-90 in downtown Spokane should be alert for lane closures on the Latah Creek bridge and downtown overhead freeway viaduct with possible congestion and slower traffic. Crews are doing routine bridge inspection and bridge joint repairs.
I-90/Division Street to Liberty Park- Replace conduit, poles, wiring, and light fixtures including installing luminaires on I-90 from Latah Creek to the Hamilton Interchange.
I-90 Westbound/Liberty Lake-Harvard Road Interchange Roundabout- I-90 westbound drivers exiting at Liberty Lake should be alert for congestion, backups, and delays on the westbound off ramp. Drivers on Harvard Road should be alert for lane restrictions, rough roadway, slow traffic, and congestion with possible delays. Southbound Harvard Rd. is reduced to one lane. Mission Ave. is open.
US 195/Cheney-Spokane Road Interchange- Be alert for northbound and/or southbound lane restrictions during evening and overnight hours. Northbound US 195 is reduced to one lane in the vicinity of Cheney-Spokane Road. Northbound drivers need to use Qualchan Road to access Cheney-Spokane Road. Northbound drivers should be alert for possible congestion and slowing traffic. The southbound off ramp to Cheney-Spokane Road is now closed so drivers need to be alert for southbound highway traffic slowing to make right turns into Cheney-Spokane Road.
SPOKANE VALLEY

14th Ave from Custer to Carnahan – lane
restrictions from 7 a.m. to 5 p.m. until October 14 for a stormwater upgrade
project.

SPOKANE CITY
Greene St. Bridge Work- A project to increase
the life of the Greene Street Bridge over the Spokane River is under way.
Through mid-October, anticipate lane restrictions on the
bridge and on Greene Street between South Riverton Avenue and Upriver Drive. The
work on the bridge will improve its load rating, allowing larger trucks and
loads to use the bridge.  The project includes installing fiber-reinforced
polymer to the bridge deck and floor beams.  Additionally, utility conduit
will be installed along the underside of the bridge and other related work will
be completed.

Crestline Rehabilitation Project Nearly Finished- Paving is currently
underway.  This project replaces the water main in Crestline
from 37th to 57th avenues; provide curb-to-curb
rehabilitation of the street from 44th to 53rd avenues;
and add bike lanes, sidewalks and stormwater swales along the 44th
to 53rd avenue stretch.

Rockwood Blvd. Rehabilitation Nearing Completion- Paving
begins next week with the project being substantially complete in the next
two weeks weather permitting.  A project to rehabilitate Rockwood
Boulevard from Cowley to Southeast Boulevard and Upper Terrace Road from
Rockwood Boulevard to 17th Avenue continues.

Traffic Calming Work- Work on a variety of improvements to promote traffic calming throughout the City has begun and will continue through October. The following streets are affected:

Construction to
rehabilitate Liberty from Oak Street to Ash Place and Ash Place from Liberty to
Dalton is beginning.  The road is closed with local access only.

Fiske St. Construction- This
project will pave Fiske Street from 19th to 17th avenues, install curbs,
sidewalks and ADA curb ramps, where   needed, and replace current or
install new stormwater drainage, where needed.  The project will place pavement between the existing curbs on
Fiske from 17th to 18th and install new curbs and
sidewalks, and pave on Fiske from 18th to 19th.  Fiske is closed between 17th  and 19th
streets.

Third Ave. from Division to Arthur- Work to rehabilitate Third Avenue from Division east to Arthur is
currently being paved.  Arthur and Sherman continue to be the detour
route with periodic closures on one or the other street as needed.  The
project also includes replacing a 12-inch water main.  Local access to
businesses will be maintained.  Work will continue into October.

Euclid Ave. Water Main Project- This
project will replace the current 28-inch water main with a 30-inch water main
in Euclid Avenue.  The new main will begin at Euclid & Mayfair and
continue to Crestline, with a jog to the north around Gonzaga Prep High School.
Local
access only on Euclid from Nevada to Mayfair and on Dalton from Crestline to
Perry.

Pittsburg Rd at intersection with US 2– Closed for sewer work.