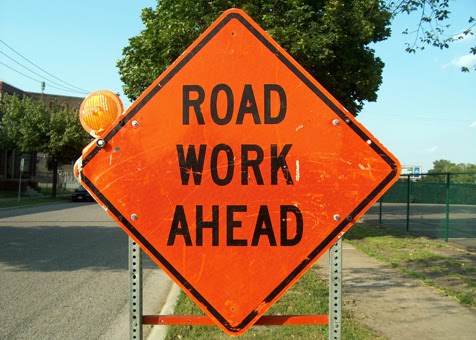 US 2/Espanola Road to Interstate 90- On Monday,
Aug. 18, beginning at 7 p.m. until as late as 6 a.m. Tuesday morning, Hayford
Road will be closed to the north and south of US 2 in order to resurface the highway and install a signal system. Detours will
be available. In general, between
the hours of 7 p.m. and 6 a.m., Monday through Friday, expect
intermittent lane closures in the vicinity of Flint Rd. Be alert for flaggers directing traffic and trucks entering and exiting the
roadway. Flint Road is closed from US 2 to the south and closed to the north between 7 p.m. and 6 a.m. Monday
through Friday. Grinding and paving will continue between the hours of 7
p.m. and 6 a.m. from FAFB through Airway Heights towards I-90.
I-90/Liberty
Park to Havana Street- During evening and overnight
hours, from about 9 p.m. until the following morning at 5 a.m., be alert for on and off ramp closures as crews replacing light poles. Also watch for outside lane
closures from 7 p.m. to the following morning at 6 a.m.
I-90/Barker Road to Idaho Border- Crews are resurfacing the freeway during evenings and overnight hours, from about 7 p.m. until as
late as 6 a.m. the following morning and on some weekends.
SR 290-Trent Avenue/Pines to Sullivan Road- Be alert for lane
restrictions as crews patch the asphalt.
NSC/BNSF Railway Structures/Realignment & Ped/Bike
Trail Extension- Today, Aug. 14, possible short
delays on Freya when girders are delivered as crews construct two bridges over the BNSF tracks and two pedestrian bridges.
SPOKANE CITY
Garland Street Between Monroe and Howard- Garland will be closed between Monroe and Howard and Wall, Post and Lincoln closed between Providence and Walton from 6 a.m. to 9 p.m. Friday, Aug. 16.
Riverside Closure- Riverside will be closed between Washington and
Bernard Street from 6 p.m. – Midnight on Friday, Aug. 16.
Division Street Sidewalk Closure- There will be a continuing
sidewalk closure Wednesday, July 23 – Sunday, August 31 for demolition work at  1120 N. Division.
TBD Residential Grind and Overlay Project- The project will complete a
grind and overlay repair on the following streets:
o   Pittsburg Street from Heroy Avenue to Wellesley Avenue and
Heroy Avenue from Helena Street to Pittsburg Street and Arthur Street from 13th
Avenue to Newark Avenue (excluding 9th Avenue west to 9th
Avenue east)
o   Downriver Drive from Aubrey L White Parkway to Columbia
Circle
o   Excell Avenue from G Street to Audubon Drive
Hamblen School Sidewalk Project-Intermittent road work
next week on Thurston in the area of Napa and Crestline. This project will construct various
width sidewalks on various streets around Hamblen Elementary School, including
ADA compliant curb ramps on all corners where new sidewalk is constructed.
Lincoln/Monroe Resurfacing- Reconstruction of the street by
replacing the asphalt surfacing, including ADA ramps as needed. Lincoln/Monroe
street will be closed from 7th-17th Avenues through mid-October.
High Drive from 29th Avenue to Bernard- This project includes pavement
reconstruction, CSO storage facilities, storm, sewer, swales, and water main
replacement.
North Division Sidewalk Project- This project will construct missing
sidewalk in gaps adjacent to Division between Empire and Lyons. There will be a right lane
closure from 10 a.m. to 6 p.m.

Francis Avenue from Division to Crestline- This project will rehabilitate Francis
Avenue from Division to Crestline Streets.  The work is curb to curb and
includes installation of ADA curb ramps, where needed.
SPOKANE VALLEY
Appleway Boulevard from Thierman to Park- Reduced to two
lanes eastbound through early September for resurfacing,
stormwater drainage improvements, and sidewalk work.

8th Avenue from McKinnon to Fancher– Closed to all but local traffic beginning August 19
through mid-September for resurfacing and stormwater drainage improvements.

SPOKANE COUNTY
Country Homes Restoration Project – The southbound lane of Country Homes Blvd. from Cedar Rd. to Wall St., southbound lane is closed to thru traffic.  Northbound lane is open with occasional restrictions.
Bruce Rd. Bridge Replacement/Road Work – The bridge is closed for replacement and will not reopen until October or November. A detour is in place.
Farwell Rd. (Market St. to North Spokane Corridor) – Under construction, watch for lane restrictions.