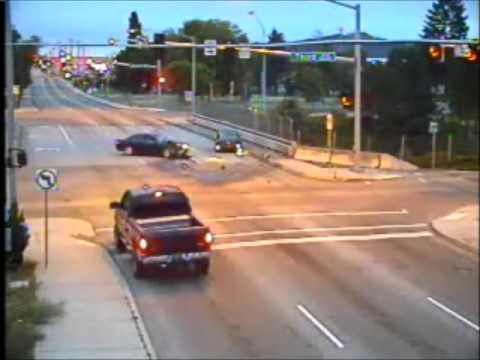 Holy cow, you should see this video! Spokane Police posted the video below to YouTube in an effort to find a “good samaritan” who attempted to stop a hit and run driver after a July 1, 2012 collision at 3rd Avenue and Freya.

Just before 5am that morning, red light cameras picked up the footage below.  The two occupants in the car that was hit were seriously injured. After seeing the video, I feel they’re lucky to be alive! This is like a movie scene crash.

Apparently, after the video ends, the suspect car leaves the scene and the man you see running into the area tries to chase it. Police are looking for that man to interview and have not been able to locate him. Anyone with any information is asked to call Crime Check at 456-2233.