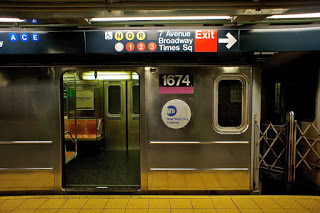 Here’s some good news. If you live in New York. Apparently subway passengers are more hardy than they used to be because more people are surviving after being hit by trains than in the past. Trains struck 181 people in 2015, killing 41 people.

At the same time last year, 171 riders were hit and 52 died. Here’s more from A.M. New York if you’re interested.