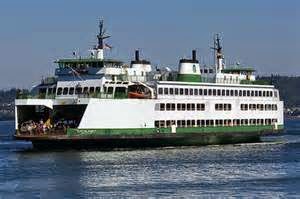 A state investigation has found that a Seattle ferry that was forced to turn around before a preseason
Seahawks football game last month wasn’t overloaded, according to an article in the Spokesman-Review.

The ferry Cathlamet was en route from Bremerton to Seattle on Aug. 15 when the captain returned to dock over fears that it was overloaded by nearly 500 passengers. Some 484 passengers left the vessel before it disembarked again for Seattle.

But a report from the Washington Department of Transportation, released Monday under a public records request, said video surveillance showed about 1,073 passengers boarding before the ferry left Bremerton – below the boat’s capacity of 1,200, and well below the 1,684 passengers officials believed were on board.

The investigation suggested that a malfunctioning hand-clicker used to count the passengers was to blame for the erroneous count.