How To Overhaul the Gas Tax? 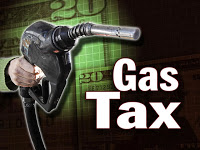 With transportation infrastructure falling apart before our eyes and little money to fix it, there has been much talk recently about modernizing the gas tax. It’s been at the same rate for two decades, at 18.4 cents a gallon for regular gasoline.

The big debate in recent years has been how to bring a tax increase into the 21st century. Lawmakers worry that just jacking it up would be extremely unpopular with taxpayers right now and are looking for a more equitable way to spread the cost, such as paying based on how much you drive.

The New York Times weighs in on the debate in an editorial, suggesting a system based on something called a “ton mile.” Here’s the article.