How Many Americans Don’t Know How to Ride a Bike and Who Are They? 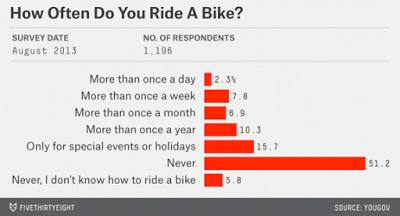