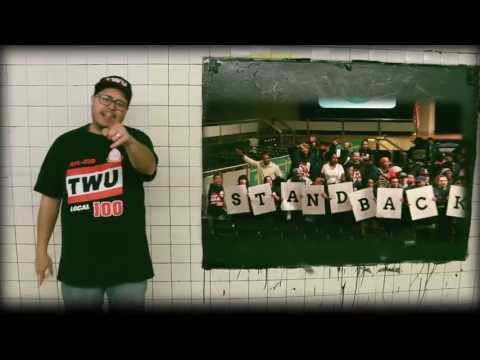 It may be too early for this today but here it is anyway; the Transport Workers Union Local 100, of the New York Subway system, has put together a rap video featuring the “Grim Rapper” about standing back from subway platforms to avoid falling to your death.

Apparently there were 657 train vs. human incidents between 2008 and 2012. Nearly 230 of these people were struck after they fainted, tripped or descended to the roadbed intentionally, sometimes to retrieve property dropped to the tracks. This group also includes instances where a person pushed another person from a platform.

Another 175 people killed themselves or attempted to commit suicide by train. A very small group — nine riders — fell between subway cars.

There are apparently dozens of other incidents reported regularly where people don’t die but are hurt as they stumble into the sides of trains getting in or out of the cars. Many of these incidents are reportedly the result of intoxication.
So with no further ado, here’s Motorman Noah Rodriguez, featuring the Grim Rapper.