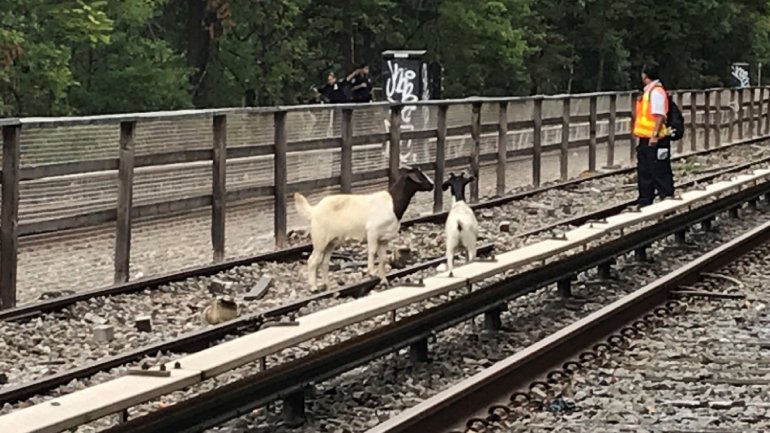 Subway trains are delayed pretty regularly for all kinds of reasons, but not generally because of goats. That was the cause of delays in Brooklyn last week, according to PIX 11 news, when a couple of the animals were found to be roaming the Metropolitan Transportation Authority (MTA) subway tracks.

MTA workers spent several hours trying to coral the animals but found they just kept moving down the tracks. Crews had to turn off one of the rails so that it wouldn’t electrocute the goats or MTA and emergency service officers called out to try to detain the animals. The officers finally used tranquilizers to knock out the goats and move them.

Because no one has come forward to claim the goats, they have been adopted by an upstate animal sanctuary.
A happy ending for the goats but there were a lot of people late getting where they needed to go.