Give ‘Em The Boot! City Council Agrees To Get Tough With Repeat Parking Offenders 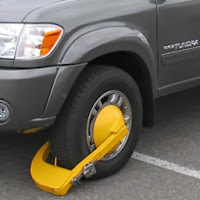 Did you know that the City of Spokane has about 85,000 unpaid parking tickets, worth about $4 million in fines? That’s a lot of money! Well they’re aiming to get that money back, with an update to the parking code the City Council approved last night.

That update includes using “the boot” on the cars of parkers who have multiple unpaid parking tickets.

Another proposed update to the code that would require parkers to pay on holidays such as Martin Luther King Jr., Presidents, Columbus and Veterans days was voted down.

The Spokesman-Review has a summary of all the changes to the code that were passed last night.