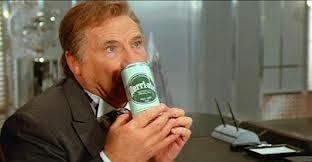 Remember the movie “Space Balls” from the 80s? Probably not if you’re any younger than me. There’s a scene in it where the Mayor of Planet Druidia assures a caller that it’s just a rumor that the planet is running out of clean, breathable air. He immediately gets off the phone and pulls out a can of Perri-Air that he cracks open and inhales.

Lowbrow comedy yes, but it wasn’t so funny when
the same thing happened in a Chinese city that has particularly poor air quality. Bags of mountain air were shipped into Zhengzhou as part of a promotional gimmick to show oxygen-deprived city residents what they’re missing.

Zhengzhou is one of the country’s top 10 most-polluted cities. Here’s more from the Wall Street Journal.