Ferry Gets A Second Use- As A Fish Taxi 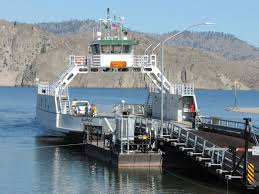 The Spokane Tribe of Indians and the Washington State Department of Fish and Wildlife used the Keller Ferry to release Kokanee Salmon in order to improve fish survival rates.

Due to the early warm weather, water
temperatures at all the usual release locations in streams and along the
shore were too warm, which can kill the fish.

About 300,000 juvenile Kokanee were released in the center of the river channel in early July where the
water temperatures were cooler.  And it all happened without disrupting ferry service and providing a show for passengers.