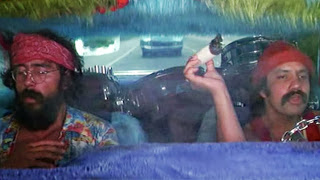 This is happening in Colorado, so I’m sure we’ll see it here soon as well. The state is warning drivers about driving stoned in a $430,000 campaign paid for with federal funding. The first recreational marijuana retail shops in the U.S. opened in Colorado this month.

A series of television public announcements start airing soon, warning drivers that offenders will face similar penalties to those caught driving under the influence of alcohol.

Handouts and posters will be distributed at marijuana shops as well. But how will law enforcement be able to tell if someone is too stoned to drive? WTAQ has details on Colorado’s driving-while-stoned law.