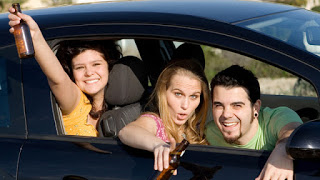 Here’s some good news. DUI rates have dropped for young people between the ages of 16 to 25 years.

Both age groups experienced a 39% decline in driving under the influence of alcohol and marijuana combined.

So what is the reason behind the drop? The study says minimum legal drinking age laws, prohibition of driving with any alcohol level >0 for persons aged
Those are some big numbers, considering motor vehicle accidents are the leading cause of death for this age group in the U.S.]