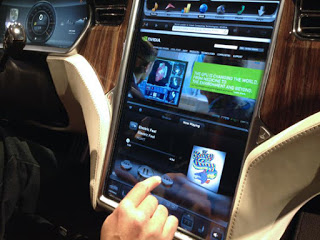 Does your new car include everything but the kitchen sink. The technology now included in new cars may be overkill, according to a report from J.D. Power. While car makers are spending billions of dollars on technology to watch TV, turn on your waffle maker or show you a live web cam of a crows nest (all things that aren’t really in cars but that I would probably want if I had a wired car), CBS news says most drivers don’t use the majority of it.

In the 2015 Driver Interactive Vehicle Experience (DrIVE) Report, released this week by J.D. Power, researchers surveyed 4,200 car and light-truck owners within 90 days of purchasing the vehicle; a critical for adoption of new features.

At least 20% of respondents said they “never use” half of 33 interactive tech features they were asked about. Forty-three percent don’t use thier in-vehicle concierge, nearly four in 10 feel connected without using the car’s 3G or 4G router, and 35 percent ignore the automated parking features and park the vehicle themselves.

A third of those drivers report never using the head-up display, which shows things like speed, directions or warnings on the windshield, or built-in apps such as Pandora and Yelp.

A fifth of respondents said they’d rather not have these options in their next vehicle they buy either, as well as technology that integrates controls for your smartphone into the car’s in-dash media player.

What respondents said they DO want: vehicle health diagnostics, blind spot detection and warning and adaptive cruise control, which adjusts the speed to maintain a safe, consistent distance between your car and the one in front of you.