Driver’s License Suspensions and the Cycle of Debt That Follows 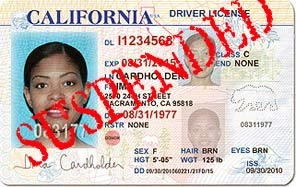 Having your drivers license suspended for DUI, unpaid tickets, unpaid legal fees or any number of
other reasons is definitely an inconvenience. But for many who rely on driving to get to jobs they can’t access otherwise, a license suspension is the start of cycle of debt and, often, poverty.

Many people who cannot afford to pay the fines to get their licenses back drive anyway, in order to make a living. Every time they’re caught and face more repercussions, new fines are added on top of old and, as repeat offenders, these people are sometimes jailed, causing them to lose the jobs they were driving for in the first place.

Washington has apparently seen the impact and stopped suspending licenses for failure to pay nonmoving violations like expired registrations. The result?

Find out in this New York Times Article.