Does The Terminology Used to Promote Safe Streets Change The Conversation> 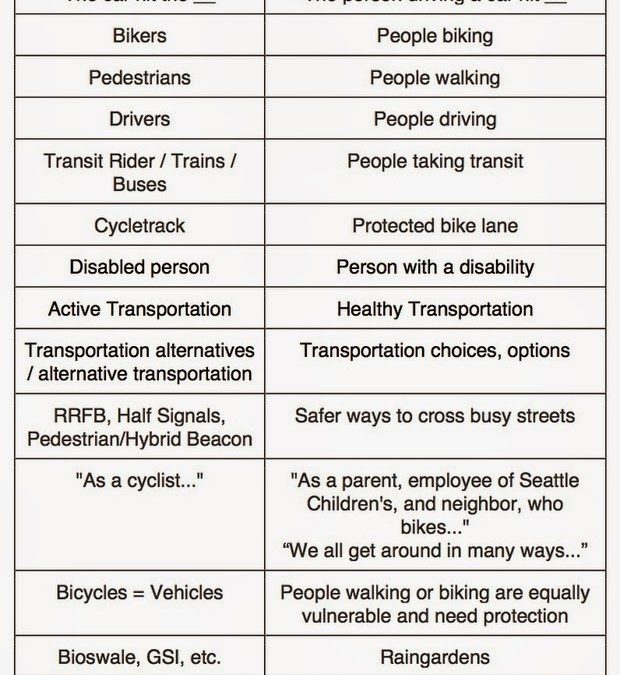 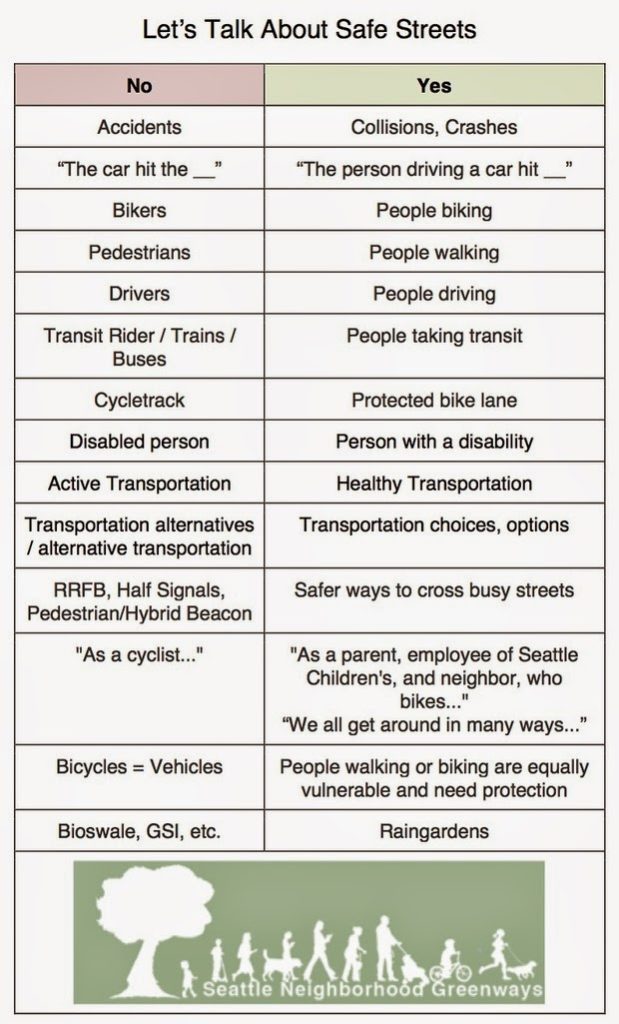 “Cyclists” or “people on bikes?” Does it matter what you call them? Yes, according to a group out of Seattle who says that the terminology used for people who ride bicycles could make them safer.

Since 2011, a group called Seattle Neighborhood Greenways (SNG) has made a conscious effort to change the way they talk about biking, walking, and pretty much everything else to do with the way their city’s streets are used by human beings.

In addition to rebranding bicyclists as “people on bikes,” SNG developed a list of new ways to talk about their concerns and promoted it in handy chart form, which you can see to the left. Click on it to read it full size.

Or read this article from Citylab for more information. Anyone have additional suggestions?