Could Tolls Be The Answer To the Lack Of Transportation Money? 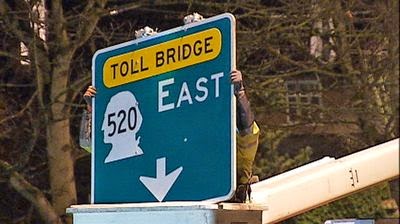 The Highway Trust Fund (HTF) is about to run out of money if things continue like they’re going. Considering it funds U.S. highway and transit projects, that could be a MAJOR issue. As a result, the Department of Transportation may begin withholding payments to states this summer for the projects they already have planned.

Lawmakers are currently working to come up with a new funding plan, but they’re going to have to be creative, considering the HTF is funded by the gas tax now; the gas tax that’s not bringing in enough money because people are driving less and cars are more fuel efficient these days. One idea that’s being tossed around that has potential is to place tolls on interstate highways. Right now, states can only toll an interstate highway to pay for the construction of new lanes. The new plan would let states create tolls to pay for maintenance on highways they have no plans to expand.

The Atlantic Cities has more on this idea. Check it out and let me know what you think.