Could Talk Radio Drive You To Drive Poorly? 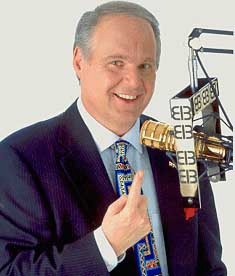 I’ve blogged in the past about how what you listen to in the car impacts your driving. A new study breaks it down even further, by genres, suggesting that talk radio and R & B could make you a reckless driver.

It turns out that talk radio may not be a good idea while driving. Nearly half (49%) of drivers who listen to talk radio have had one to three speeding tickets, versus 40% of the driving population. Talk radio listeners have also been at fault in at least one accident 25% of the time. However, hip hop and R&B listeners top the list when it comes to collisions, with 60% claiming to have been in an at fault accident, compared to only 53% nationally.

When it comes to drinking and driving, the study says Country and Classic Rock listeners are more likely to have been charged with a DUI than those who listen to Pop/Top 40 or Alternative Rock.

And there’s lots more. What’s your favorite genre? This article will tell you how it could affect your driving.