Commute of the Century Changing A Little This Year 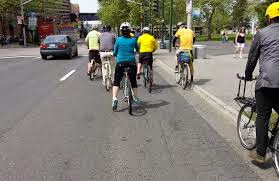 The 2015 event will still include group rides during Bike to Work Week and will offer a full 100-mile “century” route, but the focus will be on neighborhood connections. The group rides will range from five to seven miles and will showcase potential “greenways” – neighborhood streets that prioritize walking and biking for all ages and abilities.

Here’s more on the changes and this year’s goals.